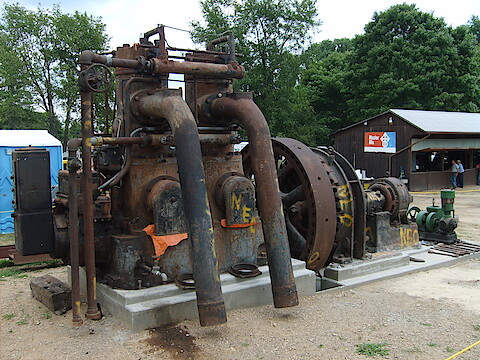 In Summer 2006, the two Y models and a 1950s opposed-piston Fairbanks-Morse were removed by Elden DuRand and Frank Luecke and donated to the Ashtabula County Antique Engine Club. The other Y-model went to the East Tennessee Crank-Up.

A volunteer crew in Ohio have been working hard on the engine and have built a spacious shed and mount for it, and re-attached the flywheel and crankshaft.