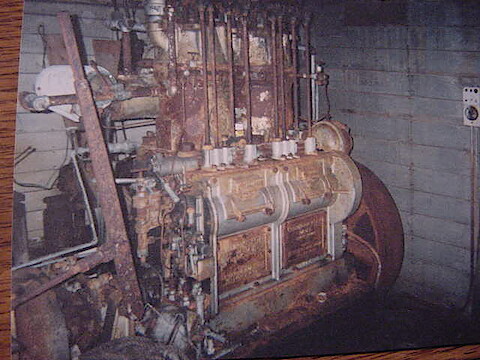 The engine was likely installed in the plant during the 1940s or 1950s. It is a marine model, manufactured before 1936, and likely powered a fishboat before coming to Wakefield.