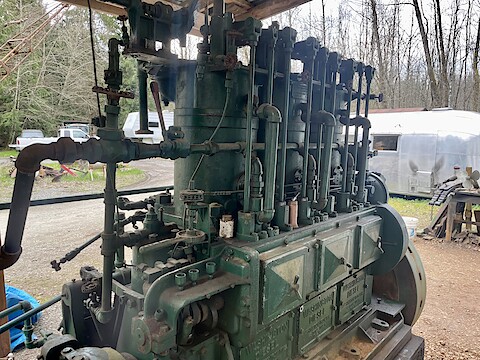 The fishboat New Zora, likely a cannery tender, was powered by a Washington Iron Works diesel engine installed in May 1935. Original records list the owner of the vessel as Anton Zorich and later Burke Canning Company.

The engine was removed from the New Zora in 1965 and placed in a storage shed and not disturbed until the end of 2009. The engine is currently disassembled, but could be made to run again with expertise and effort.