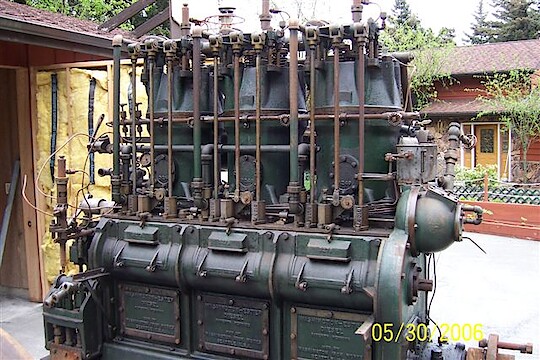 The Kodiak Maritime Museum's Washington Iron Works engine was originally ordered by the San Juan Fish & Packing Company of Seattle, Washington as stationary power for a belt drive. The company also ordered a four-cylinder marine engine of the same size for installation in its fishboat Caroline.

Eventually, the engine came to the Uganik Bay salmon cannery and was used to power a belt drive there. After the cannery closed, the Kodiak Bay harbormaster acquired the engine for the Kodiak Maritime Museum. Though the museum does not yet have a physical location, volunteer Guy Denton allowed the museum to store it in his garage and helped manage the restoration effort.