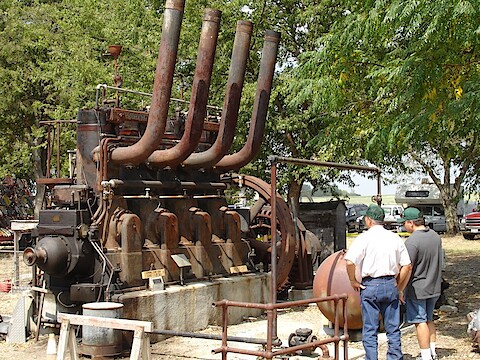 The Texas Early Days Tractor & Engine Association owns a four-cylinder 32E14 Fairbanks-Morse diesel engine, which generated electricity for the town of Seymour, Texas for more than 20 years. The engine was replaced as demand outgrew its capacity, but was not moved from the plant until 1990 due to its size.

In 1990, a Mr JJ Finley saved it from the scrapper and traded it to the Texas Early Days Tractor & Engine Association, where it is now on permanent display. It is operated every year at the organization's annual show.