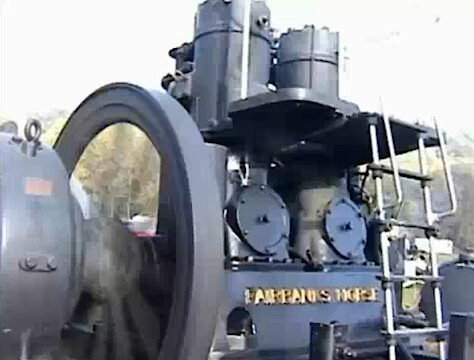 The Oldenburg Engine was installed in 1928 at the Oldenburg Catholic Academy and Motherhouse in Oldenburg, Indiana. It generated electricity for the academy until the 1970s, but was not removed from the boiler room until 1983.

In 1998, it was purchased by the Franklin County Antique Machinery Show and restored in Cincinnati. It was started again in 2001 and now operates at the annual show.