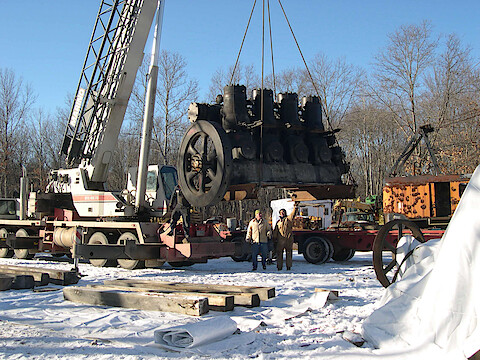 The Quinebaug Valley Engineers Association operates the Zagray Farm Museum, which owns a Fairbanks-Morse 32E14 that powered a water pump at the New Britain Water Works.

This engine and another (the three-cylinder model here) were installed in 1938 and ran alternators that powered water pumps for fire control. They operated continuously until shortly after WWII. They were removed in 2004 during a renovation of the facility, and are now part of the museum collection. The museum plans to put the four-cylinder model back in operation as a demonstration in the near future.