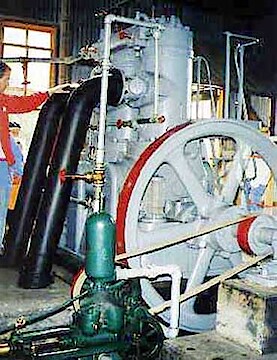 Koreshan State Park in Estero, Florida, owns a Fairbanks-Morse stationary generator nearly identical to the one used by the Koreshan Unity religious colony. The Koreshans used steam engines to provide power and later electricity to their colony until 1926, when they purchased a Fairbanks-Morse Y-model engine. This engine generated electricity for both the colony and parts of Estero until Florida Public Utilities expanded in 1946.