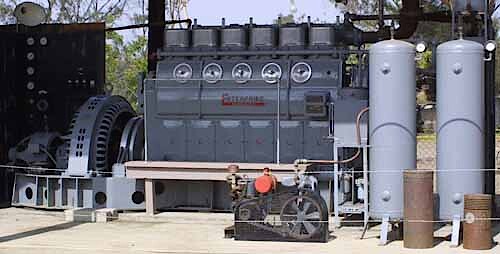 This engine was manufactured in 1937 and used as a backup generator for the Palomar Observatory from 1938 to 1966. In 1996, it was donated to the Vista California Antique Gas & Steam Engine Museum and installed by volunteers in the Gas Engine Row exhibit. The museum started it for the first time in 2001 and it is now a feature of the two annual engine shows.

According to the museum, it "was one of only two model 'W' engines ever built with enclosed valve gear," as most model "W" were built for marine applications and had exposed valve gear.