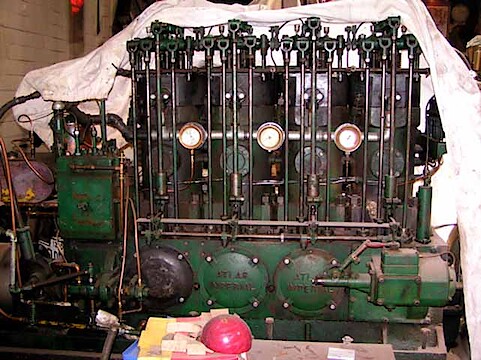 This engine was purchased from a trade school to power the tugboat-yacht Vigorous II. After it was removed from the Vigorous in Maple Bay, British Columbia, it was sold as a "parts" engine to a ferryboat on the Sacramento River Delta, which was powered by an engine of the same model. Following a catastrophic failure aboard the ferryboat, both the Vigorous II's engine and the ferry's engine were sold to collector and salvager Ron Braznell, who has restored both engines.